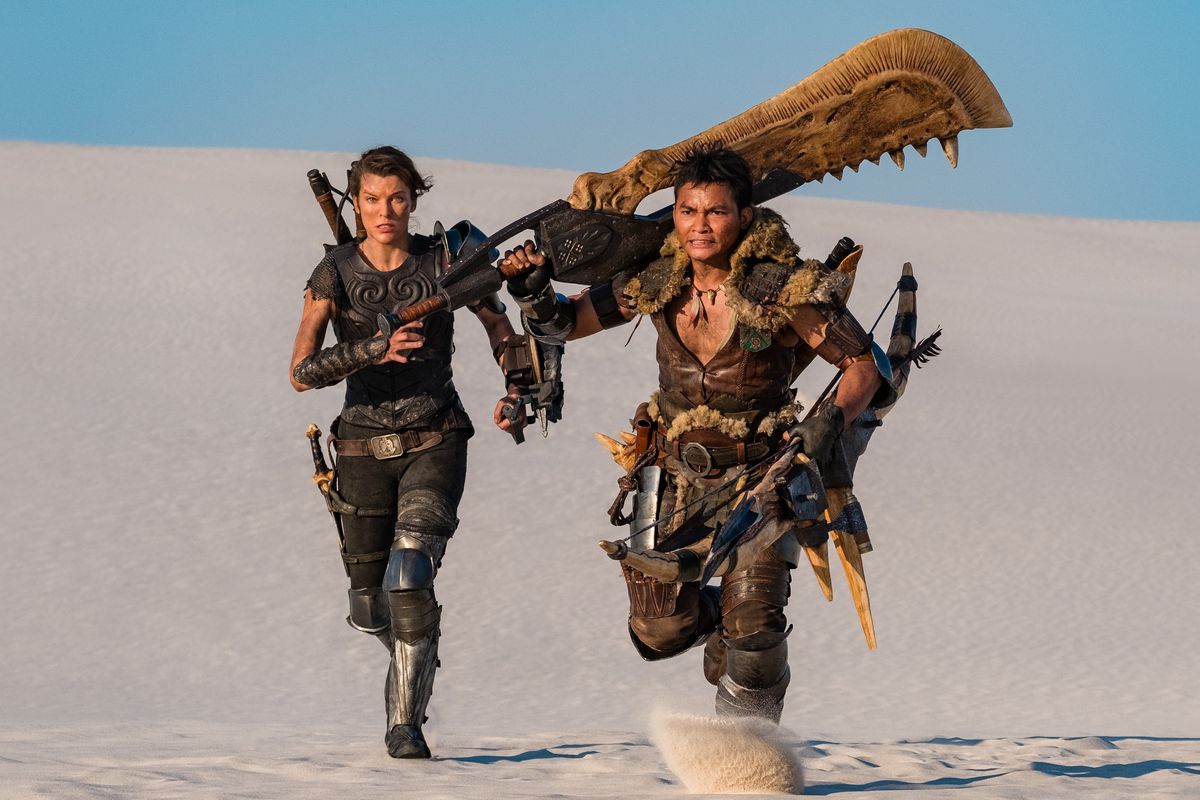 The teaser quickly confirms elements from Monster Hunter’s controversial synopsis, with the characters doing much more “surviving” than “hunting.” Milla Jovovich’s character and a few others are being attacked in a desert by a massive monster, which should be familiar to fans who have played the games as it is none other than Diablos giving chase. Though the movie features a visually accurate Diablos and a few popular Monster Hunter weapons, the movie is unlikely to please hardcore fans of the series based on the teasers like to dislike ratio on YouTube. With modern guns and vehicles being combined with Great Hunter’s Bows and Jawblades, Monster Hunter is an odd mix of a video game and action movie that will likely contain some plot holes and inconsistencies. Still, with the star power attached and a wild premise that guarantees plenty of fighting and explosions, the movie will probably prove successful at the box office next year.

Monster Hunter’s movie will be released in December.

With the content set to be the last free update for World, many players will likely be saying goodbye to the challenging and popular co-op game soon. Still, with Monster Hunter Rise and Monster Hunter Stories 2 set to release for the Nintendo Switch, fans of the series will have a fair bit of content to enjoy even though World updates are ending and the upcoming movie is not very faithful to the games. For those who did not mind the teaser, or even enjoyed it, the news that Milla Jovovich could be returning as Alice in a Resident Evil Netflix series should be exciting. For Monster Hunter fans who had their worries confirmed regarding the movie and left dislikes on the trailer, at least there is solidarity in the fact that Monster Hunter is not the only game franchise to get this kind of live-action treatment. The Monster Hunter movie will be released this December.

Yashika is the senior writer and very passionate about Gadgets & Technology and always looking around to use them in an innovative way in daily life. He reviews Gadgets & Applications to tell users about their optimum use to get the most out of in which they’ve put their time and hard earned money. You can contact him at [email protected]
Milla Jovovich Monster Hunter soldiers