In the 24 Match of Indian Premier League, the Kolkata Night Riders hero bowler Sunil Narine helped his team win the game against Kings XL Punjab by 2 runs, and defending 14 runs off the last over. Again Sunil Narine brought the second time victory for his team when he took 2 wickets for 28 runs while Kolkata Night Riders protected their score 164 against Kings XL Punjab. 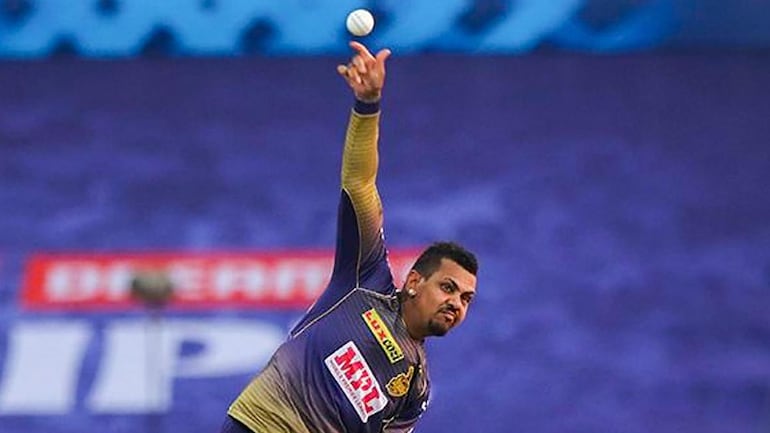 The IPL stated that “Sunil Narine, the Kolkata Knight Riders player, has been reported for bowling with a Suspected Illegal Bowling Action during his side’s Dream11 Indian Premier League (IPL) 2020 match against Kings XI Punjab at Abu Dhabi.”
The umpires had made the reports as per the Indian Premier League’s Suspected Illegal Bowling Action Policy. Sunil Narine will be placed under the Warning List and he will have the permission to play in the tournament.
The report also states that If Narine repeats his actions he will not be permitted to continue bowling in the Dream 11 IPL 2020 unless the BCCI Suspect Bowling Action Committee clears him.

Sunil Narine comes under the Scanner

Sunil Narine’s bowling techniques have come under the scanner and this is not the first time. Apparently, in the 2015 IPL season, his name had popped up for the same misdemeanour; he was suspended from bowling off-spinners which led him to miss the 50-over World Cup for the West Indies.
The International Cricket Council gave him all clear his misdemeanour in April 2016, thought he was again suspended from T20 World Cup in the same year. Moreover, he was reported in March 2018 for the same cause while playing the Pakistan Super League.